This year marks the 150th anniversary of Canadian missionary George Leslie Mackay’s arrival in Taiwan. Perhaps the country’s most beloved 19th-century Westerner, Mackay has been celebrated by Taiwan through children’s books, stamps, statues, paintings, a manga, a puppet production, and an opera. Churches have reenacted his arrival, and several books are being published about the pioneer missionary. (The Taiwan government even has a bio of him on their website.) So what made this foreigner worthy of this level of affection more than 100 years after his death?

In 1872, the Canadian Presbyterian missionary arrived in northern Taiwan (then called Formosa). Over the next 29 years, Mackay planted more than 60 churches throughout northern Taiwan and baptized more than 3,000 people. He started Oxford College, a school he named for his home county, which today has become Aletheia University and Taiwan Graduate School of Theology. Mackay Memorial Hospital, named in his honor, is now a large downtown hospital in Taipei with two branch hospitals.

Beyond these accomplishments, Mackay’s legacy cemented itself through his insistence on identifying with Taiwan and the Taiwanese. Mackay spent more than half of the 57 years of his life on the island. Upon his arrival in Taiwan, he realized how important learning to speak fluent Taiwanese would be for his mission and immediately began learning the language from the local boys herding water buffalo. Unlike most Western missionaries, he married a local woman, Tiun Chang-Mia (Tiuⁿ Chhang-miâ), often known as “Minnie Mackay,” and they had three children. Embracing Taiwan as his adopted homeland, he touched the hearts of many Taiwanese and contributed to the conversion of many to Christianity.

Under the banyan tree

Born in 1844 to Scottish parents in Zorra village, Ontario, Mackay longed to share the gospel overseas from the time he was 10 years old. As a child, he heard stories of the famous China missionary William C. Burns (1815–1868), who “poured a new stream into the current of my religious life,” as Mackay later wrote in his memoir, From Far Formosa. Mackay received a broad liberal arts education, attending school in Toronto and Princeton and visiting Edinburgh. He was part of a rising tide of missionaries sent out on the cusp of the student missionary movement, when thousands of North Americans would go abroad to spread the gospel. While the US church had been sending out missionaries for decades, Mackay became the first sent by the Presbyterian Church in Canada when he arrived on March 9, 1872, to Tamsui, a city in northern Taiwan.

Mackay used his liberal arts background as a way to engage the island’s young men. Soon after he arrived, he began hosting lectures and dialogues outdoors under a large tree. Mackay’s first convert was a young intellectual named Giam Chheng Hoâ. Prior to his conversion, Giam sought out Mackay with his religious questions and then brought back other scholars to engage him in a debate. Intrigued by Christianity, Giam agreed to teach Mackay Chinese in return for Mackay teaching him about Christianity. “Giam and Mackay forged a deep symbiotic relationship grounded upon unfeigned mutual respect and admiration,” wrote religious historian James R. Rohrer. Giam later became the first native pastor in the northern synod of the Presbyterian Church in Taiwan.

Like many missionaries of his age, Mackay embraced the idea of developing a native-led church. (The idea of a “three self” church was already popular in this era in mission theory, but missionaries still struggled to turn over local control.) His vision became reality in Taiwan, where the lack of missionaries enabled local converts to step up and lead their congregations. Mackay saw missions as something that required constant diligence and unending prayer; church planting took serious effort. At times, he and his Taiwanese coworkers walked on foot from early morning until late in the evening to preach the gospel. Mackay seldom slept well at night, “not from weariness; but anxiety about planting a Church,” he wrote in his diary.

In a mission report from 1888, Mackay described the work as “joy and sorrow mingled”:

Before Almighty God I declare that hard work and toil and watching, praying and weeping – sorrowing and rejoicing, made up the interval of sixteen years – sleepless nights, fever attacks without number at the gates of death more times than once. But never discouraged. Give God the glory for blessing poor efforts in His own Cause.

Mackay believed that the goals of his mission should be both to evangelize and to educate, stating: “The ministry that will command the respect of the people and will endure must be intelligent as well as zealous.” Through debate, drama, travel, observation of nature, scientific experiments, and so on, he stretched the minds of his students before inviting them to Bible study and prayer meetings in his home every evening.

In addition to preaching and teaching, providing medical treatment was also an important aspect of Mackay’s mission work. This began with the missionary offering quinine to malaria patients and extracting people’s decayed teeth in the villages he visited in his evangelizing efforts. Often he and his students would sing a hymn to patients, extract their teeth, and then preach the gospel to them. Over the years, Mackay became known for having pulled thousands of teeth. 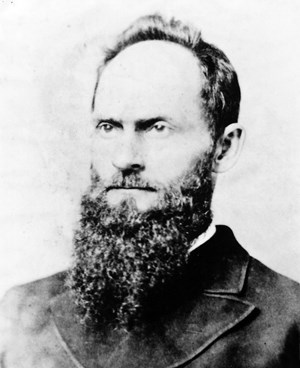 As Mackay honed his skills working with Western doctors who had come to Taiwan, he even performed surgeries when necessary and in 1880 founded a medical clinic. He often told story about a man, who was blind, and after his sight was restored exclaimed, “God did it; God did it! I can see now. God did it without medicine.” Afterwards he wrote, “there was faith and prayer, but there was work as well,” acknowledging that the intervention had included medicine, hygienic regulations, earnest prayer, and dedicated care. Mackay believed that both the natural and supernatural ways of healing were the work of God:

From the very beginning of our work in Formosa heed was given to the words and example of the Lord, and by means of the healing art a wide door for immediate usefulness was opened. … I found the people suffering from various ailments and diseases, and the power to relieve their pain and heal their diseases won for the mission grateful friends and supporters.

Mackay came to Taiwan during a turbulent period. Successive waves of migration had brought many newcomers to the island, and in the late 19th century, Taiwan was a site of frequent ethnic clashes among the different groups, including new migrants from China and the aborigines, the first inhabitants of Taiwan. Additionally, as Taiwan was essentially an ungoverned territory at that time, it had become a hideout for pirates and bandits, and the island was rife with criminality and violence.

In 1884, with the beginning of the Sino-French War, a conflict between China and France over present-day Vietnam, France attacked Taiwan. Due to anti-Western sentiment stirred up by the war, locals accused Mackay’s followers of collaborating with enemy foreigners, attacked church leaders, and tore down churches. On Christmas Eve of 1885, Mackay went in the rain to check on the ruined parishes destroyed during the war. As he walked to the site, drenched from head to toe, he reminded himself of his purpose: “All, all for Christ, not for money, nor name.”

Mackay called Taiwan his “homeland” and “last home,” a perspective that his wife, Tiun Chang-Mia, helped shape. The adopted granddaughter of a Taiwanese Christian, she helped Mackay minister to women, as local gender customs made it difficult for him to reach them. Together in 1884 they founded the Tamsui Girls’ School, the first educational institution for girls in Taiwan. Girls who attended the school received free tuition, room and, board; were not required to bind their feet; and were taught how to share the gospel in their communities.

Mackay only returned to Canada twice after he first arrived in Formosa. On the eve of his first furlough, in 1878, he reported, “In two days I expect to be away from dear, dear Northern Formosa where I spent days of tears, toils, trials, troubles, sickness, sorrows. … I have very reluctantly consented to go. I find it hard to leave, much more so than leaving Canada in 1871.”

During his second furlough in 1895, Japan defeated China, an event that led Taiwan to be ceded to Japan. By the middle of the year, Japanese troops occupied Taiwan, instigating military conflicts and turmoil throughout the country. Nevertheless, in October, the family left Canada to return to Taiwan.

In 1901, Mackay learned he had throat cancer. Friends advised him to go to Japan or Hong Kong for medical care, but the missionary refused to leave Taiwan, saying that he had “adopted Formosa” as his home and he did not want to leave it. Mackay’s love for Jesus Christ had led him to Taiwan, his love for Taiwan grew as he served there, and his love for Taiwan deeply transformed him.

Months after he first took sick, Mackay died on June 2, 1901, and was buried in Tamsui, the city in which he first arrived. According to Rohrer, “the cemetery was too small to hold all of the mourners that gathered from around the mission field, including more than three hundred non-Christian dignitaries who came to honor the fallen missionary.”

Before he passed, Mackay captured his love for the country by writing a still widely beloved poem:

How dear is Formosa to my heart!

On that island the best of my years have been spent.

How dear is Formosa to my heart!

A lifetime of joy is centered here.

I love to look up to its lofty peaks, down into its yawning chasms, and away out on its surging seas.

How willing I am to gaze upon these forever!

My heart’s ties to Taiwan cannot be severed!

To that island I devote my life.

My heart’s ties to Taiwan cannot be severed!

There I find my joy.

I should like to find a final resting place within sound of its surf, and under the shade of its waving bamboo.

Hong-Hsin Lin is a theologian, recently retired from Taiwan Graduate School of Theology. He holds doctorates from Tübingen and Nottingham. Jonathan Seitz is a PCUSA mission co-worker teaching in Taiwan.

[ This article is also available in
简体中文 and
繁體中文. ]