South Florida was put under a tropical storm watch Thursday afternoon with Isaias expected to approach Florida and the Bahamas as a Category 1 hurricane by Saturday.

In an 8 p.m. update, the National Hurricane Center said Tropical Storm Isaias has lost some forward speed but is still expected over the next couple of days. The center of Isaias is forecast to be near the Central Bahamas Friday night and move near or over the Northwestern Bahamas and near South Florida on Saturday.

The storm has already crossed the mountains of Hispaniola while flooding roads and homes in Puerto Rico and blowing roofs away in Haiti.

The NHC ordered a tropical storm watch from Ocean Reef northward to Sebastian Inlet, Florida, Thursday afternoon, and the government of the Bahamas has issued a hurricane warning for the Northwestern Bahamas, which includes the Abacos Islands, Grand Bahamas Island and Andros Island.

The Bahamas are the first region to issue a hurricane warning for Isaias.

Some areas of the Bahamas, particularly Marsh Harbour on Great Abaco, are still in shambles less than a year after being slammed by Cat 5 Hurricane Dorian.

Forecasters aren’t expecting anything like that from Isaias once it fully re-enters the ocean north of Hispaniola, but they cranked the intensity prediction up a notch to at least a Category 1 hurricane by Saturday morning as it moves through the Bahamas. The impact on South Florida will depend both on the storm’s strength and its proximity to the coast — both still uncertain measures.

“It still needs to be stressed that there is a higher than usual amount of uncertainty in the intensity forecast,” forecasters wrote in the 5 p.m. update.

Water temperatures along Isaias’ predicted path are running three to four degrees above normal, which could fuel a stronger storm. Higher sea surface temperatures are one of the main ways climate change is affecting hurricane formation, and the record-setting heat seen in this region over the summer is one of the reasons scientists predicted this would be an active hurricane season.

At a Thursday evening press conference, Gov. Ron DeSantis urged Floridians to be prepared with seven days worth of food, water and medicine.

“While we can’t be certain of the exact track of the storm, and we certainly can’t be sure about the intensity it’s expected to reach, we do expect to see impacts to the state of Florida, even if the storm remains off our shore, which is the current forecast,” he said.

Neither Miami-Dade nor the state plan to open shelters under the current prediction of a Tropical Storm, dodging — for now — a test of the efficacy of plans to enforce COVID screening and social distancing within hurricane shelters.

“We have 20 shelters basically on stand-by. We’ve sent the equipment that’s needed to open them,” Mayor Carlos Gimenez said in an online press conference Thursday from the county’s Emergency Operations center in Doral before the NHC upped Isaias to a likely hurricane. ”At this point, we’re not opening them,” he said. “We may pull the trigger on opening some shelters, depending on the forecast strength and the direction.”

COVID-19 testing sites across South Florida will be closed from Thursday evening to Tuesday morning.

Roman Gastesi, Monroe County administrator, said the Keys will likely close its government offices on Friday but that no evacuations were planned.

“We can probably make that determination later today or tomorrow morning,” Gastesi said during a Thursday morning conference call with other county and municipal officials. Gastesi was referring to whether they would close their offices.

The latest forecast from the National Weather Service was promising for the Keys, showing the storm progressing up the coast farther east than forecasters predicted yesterday.

If Isaias strengthens as it heads over the Florida Straits, that will be good news for the Keys and South Florida because it means the center will likely stay east of the region, said John Rizzo, warning coordinator meteorologist at National Weather Service Key West.

If it leaves Hispaniola disorganized, the conditions over the Keys are expected to be more dangerous, Rizzo said.

“Only if it weakens do we see strong squalls over the Florida Keys,” Rizzo said.

In Port-de-Paix in Haiti’s northwest region, tops were blown off houses by Isaias’ gusty winds and rains that came on and off throughout the day. The outdoor markets were closed, and the wooden sloops that normally transport Haitians between the city and the island of Île de la Tortue also ceased operation due to the rough seas. Making the day equally difficult for many in the city is a shortage of fuel that paralyzed public transport.

In Puerto Rico, Isaias’ heavy rain flooded streets and homes and caused landslides that blocked mountain roads. Municipalities in the center of the Island like Aguas Buenas and Aibonito saw water levels rise in rivers and cause flash flooding. Close to the coast in Mayagüe, the rain accumulation caused the Yagüez river to flood the town in residential areas, leaving thousands of homes underwater.

The 60-mph winds and higher gusts blew over trees and power lines, causing major blackouts around the island. According to the Electric Energy Authority of Puerto Rico, around 400,000 families were without power Thursday morning, which represents 25 percent of its clients.

“The emotional state of people is deteriorating more every day,” Santos Seda, mayor of the southwest town of Guánica, told The Associated Press

Pandemic Fatigue Is Pulling Me Under

Fri Jul 31 , 2020
I’ve always loved my uncle. He is intelligent, witty, and one of the few remaining people in the world who will think before he speaks and withhold a comment if he doesn’t think it will further a situation. He also is a real fan of Sock Monkey toys, but that […] 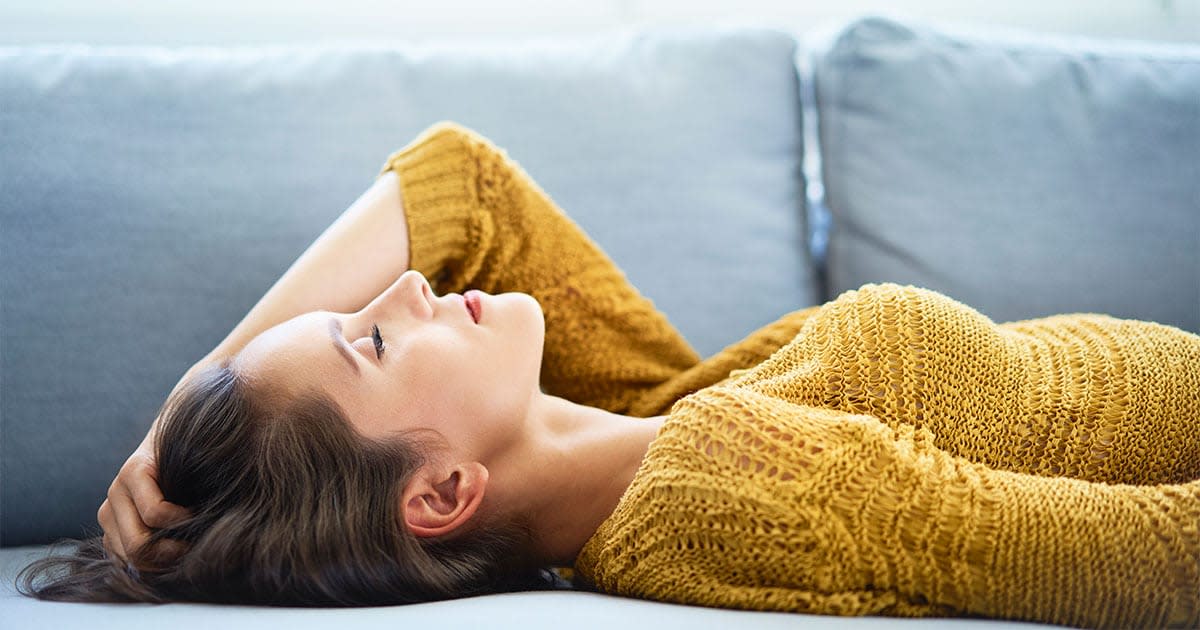