I know a lot of us have problems with relationships. Some of us lose relationships because of fibromyalgia. I just wanted to share the story of mine to give you hope.

In 2006 I went through one of the most traumatic times of my life. I thought I was happily married until a bombshell got dropped on me. I was married to the father of my three children. We had been together for eight years and suddenly it was over.

My husband of eight years, father to my young children, admitted he cheated on me. During the ensuing argument, he confessed that the reason he did it was that he was tired of me being sick all the time. I was heartbroken, destroyed… I thought my life was over. Obviously, my marriage was.

I begged and pleaded for him not to destroy our family. His reply to me was, “Let me see what she wants from this.” That threw me into a rage. I was no one’s second choice, so I told him to get out and threw him out.

Related:​ Download The Mighty app to connect in real time with people who can relate to what you’re going through.

Shortly after that, I started looking for a single parent support group online. Here I was alone with an 8-year-old, a 6-year-old and a 3-year-old. I did not know what I was going to do. A support group would help me make it through it, so I searched and I searched.

Related:​ What Other Conditions Can You Have With Fibromyalgia?

Each search I would pull up would show this Match.com profile of the same guy. I ignored it for days. Then after seeing it dozens of times I read it over. I could not believe it, he sounded like the perfect man. A single, recently divorced, father of two. Well, I was not interested in finding a man and went on with my search.

After a couple of weeks of seeing him frequently in my searches, I investigated it more. I gave in to curiosity and signed up on Match.com. I read over his profile a dozen times, probably. Finally, I winked at him.

I did not know it was deer season, so he was out of town. I did not receive a response and wasn’t too concerned about it because I wasn’t interested in jumping right into a relationship. A week or so later, he messaged me. My heart was beating in my throat. I could not be so lucky to land a guy like him. We exchanged emails for weeks, then came phone calls. Phone calls that would last into the long hours of the nights. Every night we spoke, for over a month. I fell in love with him before I ever met him.

During these long calls and emails, I told him what had happened, and I told him about my health challenges. He did not care. So, we finally decided to meet. I had him come to my house to watch movies because a big ice storm had just hit. He drove through all that bad weather just to come and meet me.

We went out for a second date the next day. The rest is history. We have now been married for over 13 years. He has been a wonderful husband, father to our children and loves me unconditionally.

So, if you find yourself suddenly single because of your illnesses, don’t worry, I believe the right one will find their way to you. God sent me Joe, I’m sure of it, and he will send you your angel when it is time.

How to DIY a Home Spa for Fibromyalgia Self-Care

The 5-Step List I Use Along My Diagnosis Journey

The Pain of Perfection When You Live With a Chronic Illness

Mon Jul 6 , 2020
Paris (AFP) – The first-ever online Paris fashion week clicks off Monday with the world of glitzy runway shows thrown into an existential crisis by the coronavirus. Paris haute couture and men’s fashion weeks have been rolled into one, with labels making films to showcase their clothes instead of staging […] 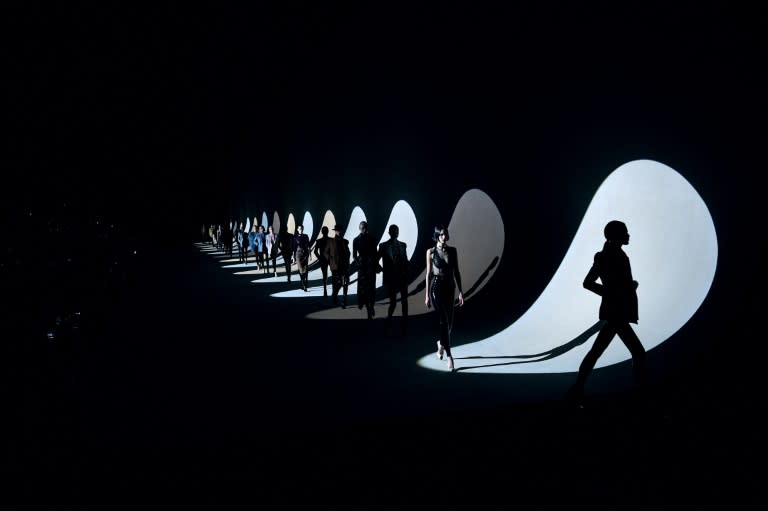