Did the Big Ten hold an official vote to postpone the 2020 football season? Does it matter if it did or didn’t?

The conference announced on Aug. 11 that it would not play football in the fall. That decision was made after public pushback against the idea that the conference wouldn’t have a fall season and that pushback is still ongoing. Parents of players across the conference have written letters to conference commissioner Kevin Warren asking for greater transparency in the conference’s decison-making process and for the Big Ten to reconsider its decision.

The lack of transparency and coherent public message surrounding the postponement is a real issue for the Big Ten. And it was on display again on Monday when Penn State AD Sandy Barbour said in a news conference that she was “unclear” if there was ever a vote to postpone the season.

“It’s unclear to me whether there was ever a vote or not,” she said when asked directly how Penn State president Eric Barron voted. “Nobody has ever told me there was. I just don’t know whether there actually was a vote by the chancellors and presidents.

“It is clear to me that Penn State and Eric Barron both on our campus and as he took his thoughts to the Big Ten and the various conversations that they had, explored every option to play — every option that would have been acceptable from a health and safety standpoint,” she said. “To say that Dr. Barron fought for the ability of our student-athletes to play this fall, I think that would be a correct assumption.”

What the Big Ten has made clear is that health factors were a main consideration to postpone the season. Multiple reports have said that Big Ten players have been diagnosed with myocarditis after contracting COVID-19. Myocarditis is inflammation of the heart muscle and can be linked with viral infections.

“The mental and physical health and welfare of our student-athletes has been at the center of every decision we have made regarding the ability to proceed forward,” Warren said in the conference’s statement announcing its fall sports postponement. “As time progressed and after hours of discussion with our Big Ten Task Force for Emerging Infectious Diseases and the Big Ten Sports Medicine Committee, it became abundantly clear that there was too much uncertainty regarding potential medical risks to allow our student-athletes to compete this fall.”

The discussions to postpone fall sports at Big Ten schools involved school presidents and chancellors — university executives above those in athletic departments. And it was not a decision that Warren unilaterally made on his own. According to Minnesota president Joan Gabel, there was no official vote taken to postpone the season anyway.

“We didn’t vote per se, it’s a deliberative process where we came to a decision together and I absolutely support the decision we came to,” Gabel said after the Big Ten’s decision. “Safety first.”

Gabel’s reasoning about a lack of an official vote makes sense. If most if not all of a group’s members are supporting a decision, there doesn’t necessarily need to be an official tally taken to make the decision.

But what’s been happening since the Big Ten’s decision isn’t exactly a great idea either. It’s gotten to the point where — in addition to multiple parent groups writing public letters to the conference — the Big Ten’s biggest star has started an online petition to get the fall season back on in some capacity.

It’s not too late for Warren and the Big Ten to learn from the Pac-12’s proactiveness and come out and answer all the questions being asked of the conference. It wouldn’t be a comfortable news conference, but it could certainly be an enlightening one. And could potentially quiet a lot of the pushback.

Mon Aug 17 , 2020
We are beginning to suspect that actual wizards work at Fisher-Price. How else to explain the toy company’s ability to deliver the most perfect role-playing toy for our current times: My Home Office? It’s an idea so zeitgeisty, Fisher-Price was scooped by a meme just a few weeks before the […] 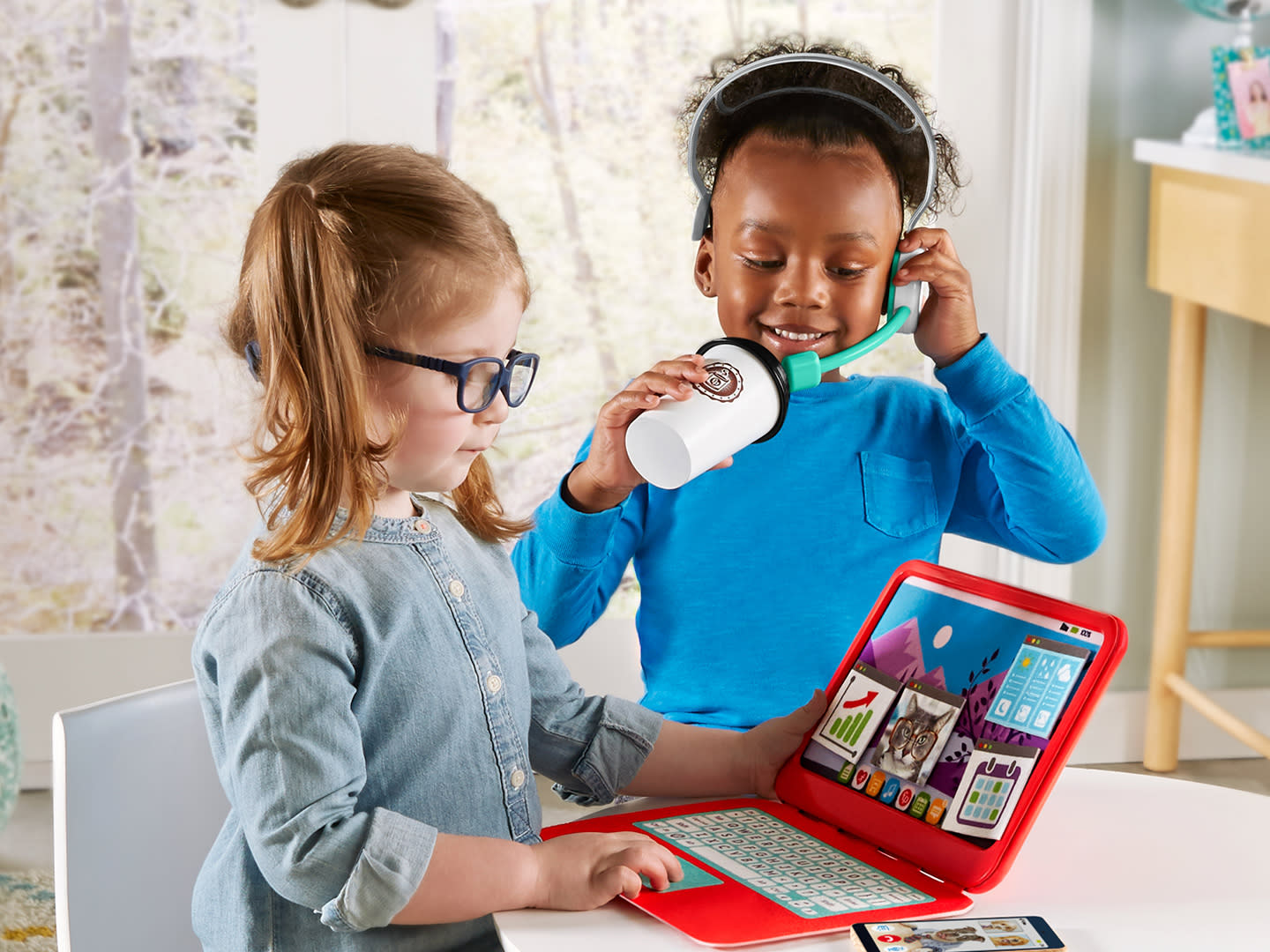