If you or someone you know is contemplating suicide, reach out to the 24–hour National Suicide Prevention Lifeline at 1-800-273-8255, Military veterans press 1; contact the Crisis Text Line by texting TALK to 741741; or chat with someone online at suicidepreventionlifeline.org . The Crisis Center of Tampa Bay can be reached by dialing 211 or by visiting crisiscenter.com .

WASHINGTON — Military suicides have increased by as much as 20 percent this year compared to the same period in 2019, and some incidents of violent behavior have spiked as service members struggle under COVID-19, war-zone deployments, national disasters and civil unrest.

While the data is incomplete and causes of suicide are complex, Army and Air Force officials say they believe the pandemic is adding stress to an already strained force.

And senior Army leaders — who say they’ve seen about a 30 percent jump in active-duty suicides so far this year — told The Associated Press that they are looking at shortening combat deployments. Such a move would be part of a broader effort to make the wellbeing of soldiers and their families the Army’s top priority, overtaking combat readiness and weapons modernization.

The Pentagon refused to provide 2020 data or discuss the issue, but Army officials said discussions in Defense Department briefings indicate there has been roughly a 20% jump in overall military suicides this year. The numbers vary by service. The active Army’s 30% spike — from 88 last year to 114 this year — pushes the total up because it’s the largest service. The Army Guard is up about 10%, going from 78 last year to 86 this year. The Navy total is believed to be lower this year.

Related: A retired Marine colonel took his life at Bay Pines, the fifth veteran to do so since 2013

Army leaders say they can’t directly pin the increase on the virus, but the timing coincides.

“I can’t say scientifically, but what I can say is — I can read a chart and a graph, and the numbers have gone up in behavioral health-related issues,” Army Secretary Ryan McCarthy said in an AP interview.

Pointing to increases in Army suicides, murders and other violent behavior, he added, “We cannot say definitively it is because of COVID. But there is a direct correlation from when COVID started, the numbers actually went up.”

Preliminary data for the first three months of 2020 show an overall dip in military suicides across the active duty and reserves, compared to the same time last year. Those early numbers, fueled by declines in Navy and Air Force deaths, gave hope to military leaders who have long struggled to cut suicide rates. But in the spring, the numbers ticked up.

“COVID adds stress,” said Gen. Charles Brown, the Air Force chief, in public remarks. “From a suicide perspective, we are on a path to be as bad as last year. And that’s not just an Air Force problem, this is a national problem because COVID adds some additional stressors — a fear of the unknown for certain folks.”

Navy and Marine officials refused to discuss the subject.

It’s unclear how the military suicide rate this year compares with the civilian rate. The most recent civilian suicide data is from 2018.

“We know that the measures we took to mitigate and prevent the spread of COVID could amplify some of the factors that could lead to suicide,” said Helis, who attended department briefings on suicide data.

Army leaders also said troops have been under pressure for nearly two decades of war. Those deployments, compounded by the virus, hurricane and wildfire response and civil unrest missions, have taken a toll.

Soldiers’ 10-month deployments have been stretched to 11 months because of the two-week coronavirus quarantines at the beginning and end. McCarthy said the Army is considering shortening deployments.

Gen. James McConville, Army chief of staff, said there’s new attention to giving service members “the time that they need to come back together and recover.”

“We were very focused on readiness four years ago because we had some readiness challenges, and we did a great job. The force is very, very ready now. But I think it’s time now to focus on people,” he told the AP.

McConville and Army Sgt. Maj. Michael Grinston said units have begun “stand-up” days, where commanders focus on bringing people together, making sure they connect with each other and their families and ensuring they have strong values in how they treat each other.

The isolation is also taking a toll on veterans, particularly the wounded.

Sergio Alfaro, who served in the Army for 4½ years, said fears associated with the virus intensified his PTSD and suicidal thoughts.

“It’s definitely something that’s made things a bit more chaotic, trying to plan for the future, do things together,” said Alfaro, who deployed near Baghdad in 2003, facing daily mortar rounds, including one that killed his commander. “It’s almost like adding more trash on the heap.”

While he once feared that strangers passing by might hurt him, now he fears people may have COVID and not show symptoms. Others in support groups, he said, “are just sick of living this way, worried about what’s coming over the next hill, what next horrible thing are we going to be confronted with.”

Roger Brooks, a senior mental health specialist at the Wounded Warrior Project, said veterans are reporting increased suicidal symptoms and anxiety. Between April and the end of August, the group saw a 48% jump in referrals to mental health providers and a 10 percent increase in mental health calls and virtual support sessions, compared to the previous five months.

Brooks said there’s anecdotal evidence that the pandemic has made wounded warriors like amputees feel more isolated, unable to connect as well with support groups. He said injured vets have seen disruptions in medical visits for pain management and other treatments.

Within the Army, Helis said the virus has forced an increase in telehealth calls and online visits with mental health providers. That has generated some positive results, such as fewer missed appointments.

“And we also think there was a reduction in the stigma of seeking behavioral health because you can do it from the privacy of your home,” he said.

Military leaders also are encouraging troops to keep a closer eye on their buddies and ensure that those who need help get it.

That message was conveyed in a remarkable public statement this month by Gen. John Hyten, vice chairman of the Joint Chiefs of Staff. He said he sought help while heading U.S. Strategic Command from 2016 to 2019. He didn’t reveal details but said he saw a psychiatrist — a rare public admission by a senior officer.

Trump's Doctor Says 'We Are 72 Hours Into This Diagnosis,' Evades Questions on President's Fever 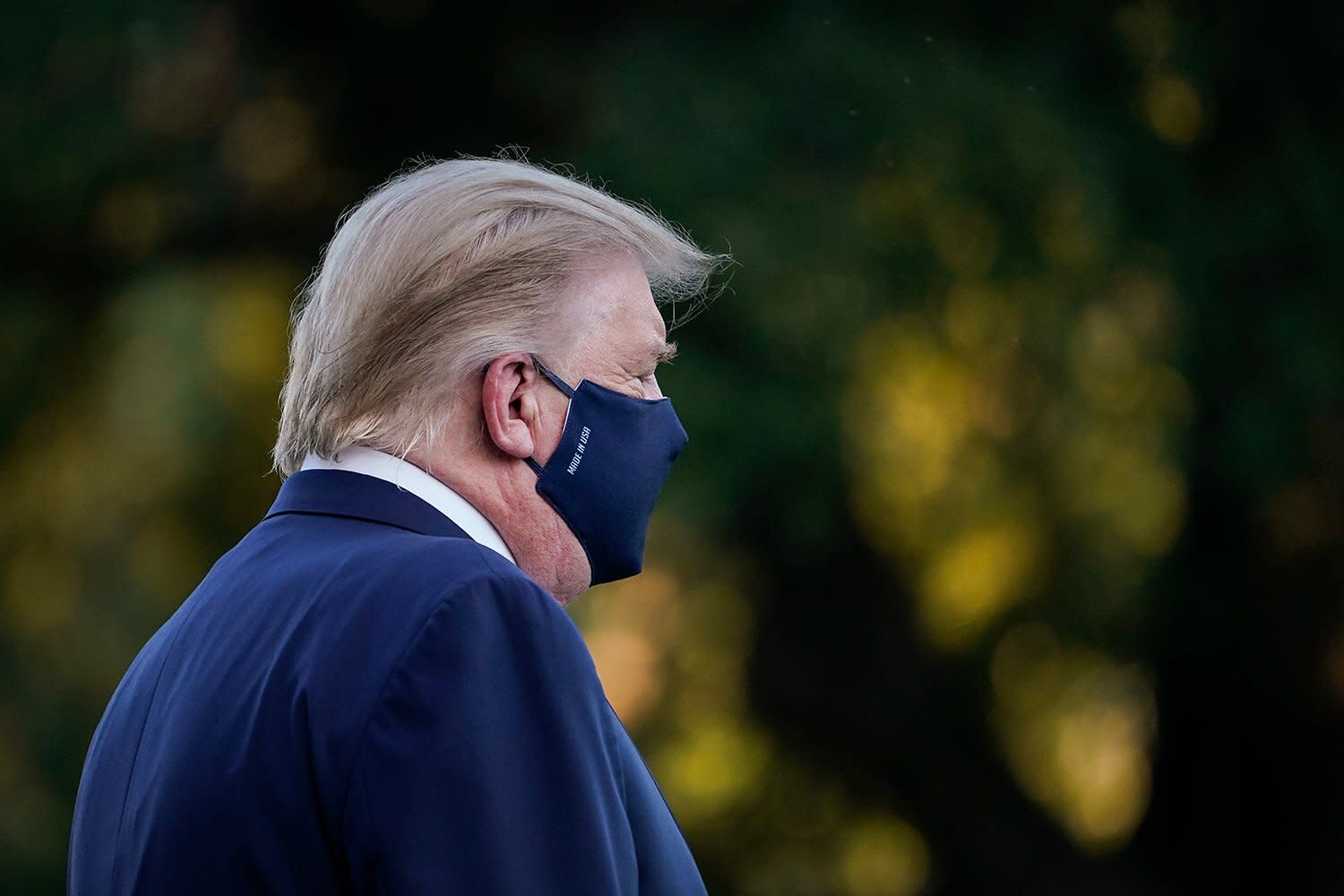