Charlie Link has run Phoenix Fitness from a large former warehouse in Tuckahoe, N.Y., for more than 18 years.

With about 1,000 customers, Phoenix has been a profitable passion.

But with his speech-therapist wife out of work due to the coronavirus and the state continuing to ban the operation of indoor fitness businesses, Link’s 19th year in business is in doubt and, moreover, so is his future in the area.

“I can probably hang on another couple of months, at most,” the Eastchester resident said of his business.

Despite some members donating funds to him, he added, “If this continues, I’ll probably sell my house and move.”

The “this” is both the coronavirus and Gov. Andrew Cuomo’s response to it.

“I was on board initially with the goal to flatten the curve (by temporarily closing businesses). But four months later, it’s just insane,” Link said.

Many in the fitness industry agree.

Link’s is one of more than 2,000 fitness-related businesses in New York to join a class-action lawsuit that seeks both an injunction preventing the state from continuing to ban general fitness gyms, CrossFit gyms and yoga and pilates studios from indoor operation. The suit also seeks financial compensation for the time these facilities have been forced to shutter.

The primary suit is in court in Jefferson County, where, Mermigis said, the main complainant’s 21-year-old business will go under if not allowed to reopen within a week or two.

He filed another class-action suit in Genesee County specific to CrossFit gyms and another in Saratoga County for yoga and pilates studios, including Dutchess’ Beacon Pilates. CrossFit and yoga and pilates are also covered in the Jefferson County class action.

He maintains they can be operated safely and faults Cuomo for misleading gym owners into believing they’d be part of final Phase 4 re-openings earlier this month. The state has not announced a date for their reopening.

“If the governor wants to still shut them down, he’s going to have to pay them,” Mermigis said.

The Governor’s Office did not address questions relating to a timetable for the reopening nor regarding criticism the ban isn’t based on evidence gyms could potentially promote the virus’ spread more than other businesses already open.

But Jason Conwall, a Cuomo spokesperson, said of the lawsuits Tuesday, “We fully intend to defend the actions taken in these matters.”

“The actions taken by the Governor with respect to gyms and fitness centers are wholly consistent with the powers granted to the executive by the Legislature,” he said in an e-mail message.

“The measures the Governor has taken were intended to – and did – curb the rise of infection across the state. They also allowed us to avoid subsequent spikes of infection.”

He added, “Reports show that infections are spiking in 39 states, and that officials in those states have been forced to re-close businesses and other parts of the economy that were opened too early. Every public opinion survey has shown an overwhelming majority of New Yorkers support our re-opening approach. We understand that some people aren’t happy – but better unhappy than sick or worse.”

One person who’s very unhappy is Charlie Cassara, who has helped promote the lawsuits and who runs SC Fitness, a pair of gyms on Long Island. With his business off 40 percent, Cassara chastises the state for providing “no help, no guidance.”

Citing Cuomo’s alliance with Connecticut and New Jersey throughout the pandemic fight, Cassara pointed out both are allowing indoor gyms to operate — New Jersey by appointment-only.

But it’s New York’s red-light, green-light handling of various businesses that chafes Cassara and others the most.

An industry-wide complaint centers on the state’s decision to permit multiple sports, including gymnastics, basketball and baseball training, to be conducted indoors.

Cassara points to gymnastics and cites “heavy breathing” and “sweating on mats” in questioning why the state judges it safer than regular gym exercise and low-impact activities like yoga.

“There’s no scientific evidence people get more sick in gyms. A study in Europe said you’re less susceptible if active in a gym,” Link said.

He noted he has had clients report gaining 20-30 pounds during the gym shutdown and some are now diagnosed as pre-diabetic.

“This is affecting people’s lives, physically and mentally,” Link argued.

“The fact our industry is being singled out while (COVID-19) numbers are going down (in New York) is unfair, insulting and just wrong,” Cassara said. “Why can’t we open? How are we supposed to survive? Are you helping us survive? … It’s not like this is Phase 1. We’re stuck.”

Tobi Kundid has owned and run Tovami Yoga in Mamaroneck for five years. Pre-pandemic, she held about 40 indoor classes per week, averaging 15-20 people per class.

These days, she offers online, virtual yoga, which she began just before the state ordered non-essential businesses closed mid-March. Thanks to the Village of Mamaroneck offering space at its harbor, weather-permitting, she also conducts five outdoor classes each week with 10 students per class.

More: New York City will not allow indoor dining as it proceeds in the rest of the state

Still, Kundid makes only about 30 percent of her normal income. She has gotten by in part via a GoFundMe and because of her “amazing landlord.”

But Kundid’s unsure about the future.

“In two days, I’ll be closed for four months,” she said Monday. “I don’t know if I’m going to be able to recover. … The really big question is, is there any survivability to this?”

Kundid questions why yoga, a “contact-free, very-controlled” exercise, wasn’t included in Phase 2 openings, something for which she and others pushed.

She points to receiving verbal support for opening from area politicians, including State Senator Shelley Mayer (D-Yonkers), State Assemblyman Steven Otis (D-Rye) and Westchester County Executive George Latimer, but said, “They say, ‘We’re fighting for you. We’re fighting for you.’ But nothing comes of it.”

Kundid figures when she’s eventually allowed to reopen, she won’t be able to have more than eight people in a class at one time due to social-distancing requirements. She hopes to make that work by doing “hybrid” classes with an online offering.

John Inzeo, who has run Fit Body Boot Camp in Stony Point for four years, is another plaintiff. But as the days dragged on and multiple weeks-long attempts to retain some of his more than 200 clients with outdoor classes dried up amid complaints about the heat, he lost whatever optimism he had.

“Because of this, we’re definitely close to closing,” Inzeo said.

“All you’re doing is finding a way to keep the lights on and pay the insurance,” Cassara said.

“Who pays the mortgage, the rents?” Mermigis asked.

He pointed to Cuomo appearing on CNN and saying New York’s shutdowns and restrictions had “controlled” the virus.

“So, what is he waiting for? Open up the gyms,” Mermigis said. “How long do his emergency powers last – Christmas? We don’t underestimate the pandemic, but we want to be treated fairly. We want to show we can operate under CDC guidelines. … Gym owners have gone above and beyond to make (their businesses) COVID-safe.”

Nancy Haggerty covers cross-country, track & field, field hockey, skiing, ice hockey, girls lacrosse and other sporting events for The Journal News/lohud. Follow her on Twitter at both @HaggertyNancy and at @LoHudHockey.

Wed Jul 15 , 2020
100+ retailers selling cloth face masks online — Recommendations are independently chosen by Reviewed’s editors. Purchases you make through our links may earn us a commission.  Now that we’ve adjusted to the “new normal” in the age of coronavirus (COVID-19)—and now that many states are slowly starting to open back […] 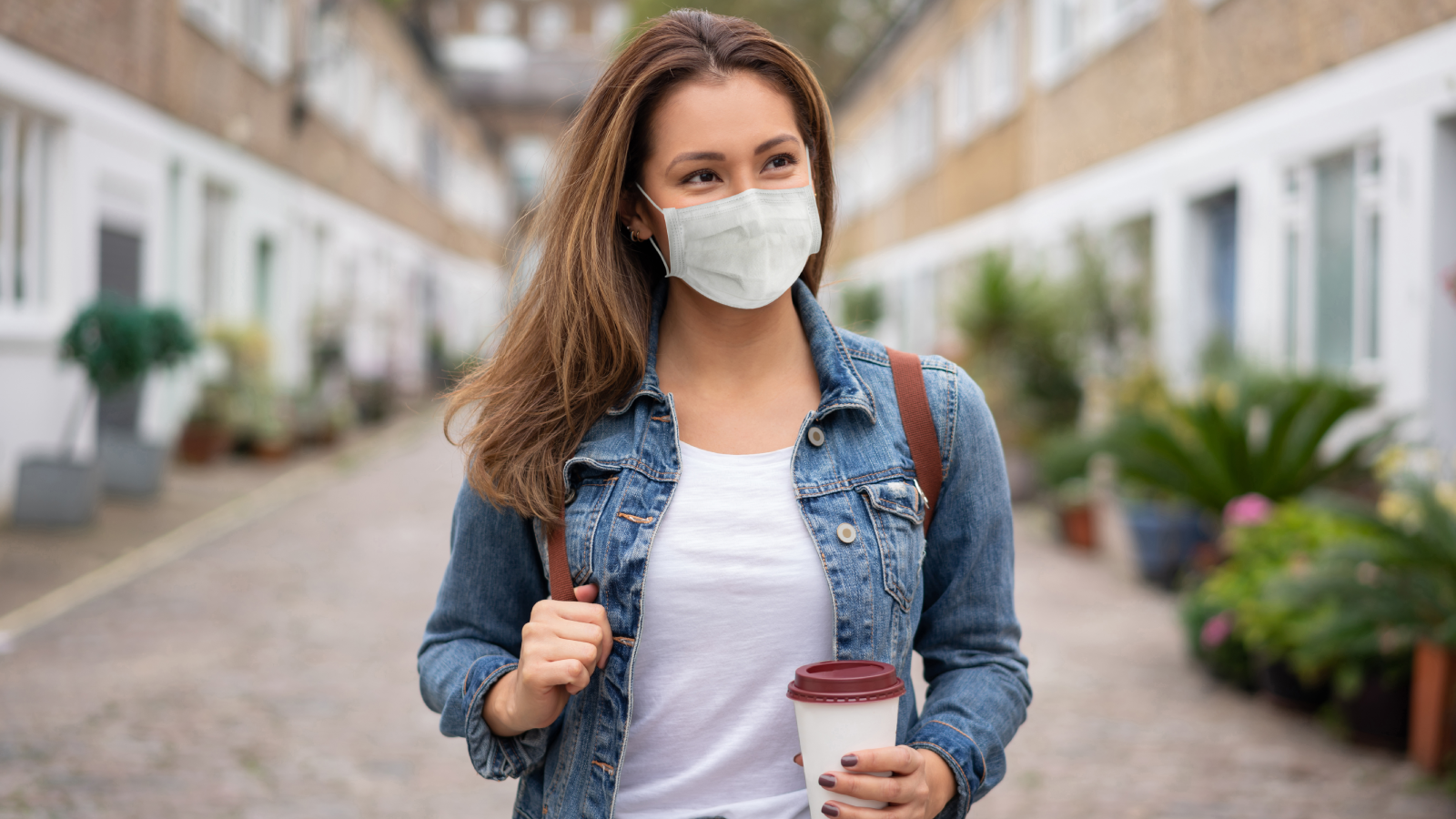