WALTHAM, MA — Amid civil rights demonstrations sparked by the death of George Floyd in Minneapolis, many are left wondering how they can help causes of racial equality and support the Black and Brown communities. At Black Lives Matter rallies across Greater Boston area speakers are encouraging participants and allies to support Black-owned businesses.

But what does that mean in Waltham?

There are more than 1,000 black-owned businesses across the state and Black Economic Council of Massachusetts Executive Director Segun Idowu said a good start is to frequent those, including at least a dozen in Waltham.

“It’s a critical moment because people are looking beyond police brutality and seeing it for what it is: a systemic issue,” Idowu said.

That systemic issue is connected to the economy, he said.

Previous Black Lives Matter protests seemed to focus on policing, but today in the context of COVID, it has laid bare systemic failures leading to racial gaps, wealth gaps, education gaps or health gaps, he said.

“Folks who were able to ignore it before are no longer able to do so,” Idowu said.

“Folks are starting to realize… if we address economic issues it relates to housing, it relates to mental health, it relates to the wage people earn and the ability to own rather than rent, all these things matter and prevents police from having to be in the community in the first place,” he said.

“Our businesses are the most direct way for communities to thrive,” Idowu said.

Cafeteria-style operation doling out traditional African food, including stews, in a modest setting.

Finest Grooming Lounge was founded in Waltham in 2011, by Gusto Coutard. Upscale barbershop.

Juliet Najjumba founded and is the director of African Cultural Services, which sponsors a weekly after school program, monthly community cultural events and professional development workshops and in-school visits to support the African immigrant and low-income communities in Waltham.

As corporations begin to make statements to support the Black Lives Matter movement, Idowu said they need to go beyond just words.

“Corporations and other large businesses need to take a look at leadership and who they are doing business with. That’s how they’ll prove that Black Lives Matter— or else we’ll be in the streets again,” he said.

According to the last Census, there were 1,200 black firms employing 14,000 people and contributing several billion dollars to the state economy, Idowu said. And that means beyond just the social justice aspect, there’s an economic reason to support such businesses.

Giving contracts to black-owned companies, who are much more likely to hire Black and Brown people, helps to stabilize the entire economy.

“This economy that the governor gets to gloat about is just the way it is because of black businesses and other minority-owned businesses,” he said, adding that businesses owned by people of color account for an even larger chunk of the economy and they’re having a hard time connecting with funding to help them through the pandemic.

“We can not allow other minority businesses to fail,” he said. “If minority-owned businesses fail so does our economy.”

If economic predictors are saying 20 percent of businesses across the country will fail as a result of the pandemic, he said, look for triple that to fail among minority businesses, which he described as already in a terrible place.

Idowu recommended calling on the governor and secretaries to set aside funds to help black and brown business owners get access and get through the pandemic.

“It’s not just on the average citizen who needs to make those investments,” he said. “It’s also on the government to do the same.”

Other guides to black owned businesses in the state: Black Economic Council of MA
Know of another? Email [email protected] and let us know the details, we’ll update this list.

This article originally appeared on the Waltham Patch

Some Floridians worry contact tracing calls are scams. State urges you to respond

Fri Jul 17 , 2020
Elysee Bernstein received a call July 10 from someone claiming to work for the Florida Department of Health, telling her she had tested positive for COVID-19. She was confused since she had already received a negative result online from the Lincoln Park testing center she visited in Fort Lauderdale. The […] 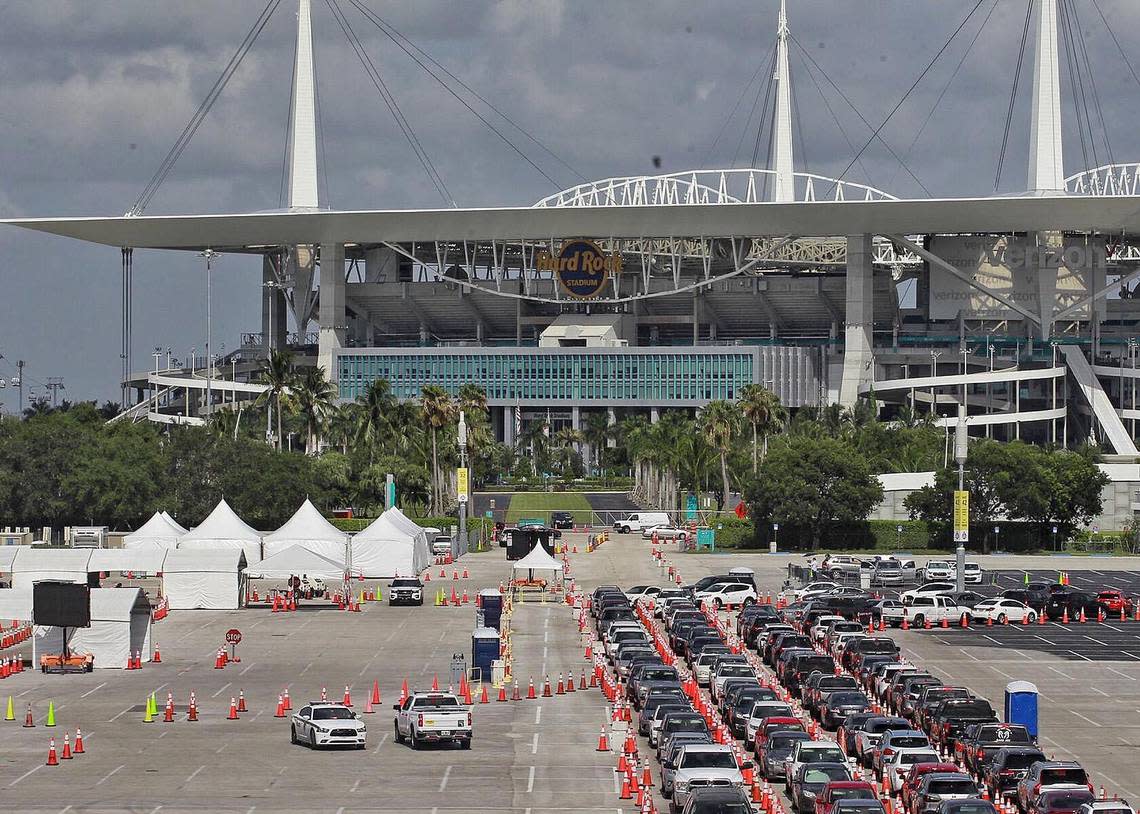