DETROIT – The birthplace of Motown got a reboot Wednesday.

Four months after closing amid the COVID-19 outbreak, the Motown Museum reopened its doors to the public, the latest cautious but optimistic symbol of a new normal.

The ubiquitous masks and social-distancing rules made it clear this was summer 2020 — and that this would be a slightly different sort of Motown experience. Still, on a sunny day in Detroit, the vibe was reliably cheery and nostalgic at one of the city’s most famous tourist spots.

Wednesday also brought the premiere of an exhibit, “Capturing a Culture Change: Motown Through The Lens of Jim Hendin,” which assembles photos and stories from the former company photographer.

The day also introduced a retail booth outside the museum, where the offerings include four new Motown-branded face masks.

“This is a day we’ve planned for, and been excited for, to invite the community back,” said museum CEO and chairwoman Robin Terry, who added: “From the looks of it today, it’s working.”

Terry and other senior staffers were in the thick of things Wednesday, watching closely as new safety protocols were rolled out while taking notes on potential tweaks to the system.

Husband and wife Dave and Mary Mandeville, Florida residents visiting their native Detroit this week, were among those who made a beeline to Hitsville upon hearing it would be back up and running. Museum officials said that by mid-morning, tour admissions were nearly sold out for the day.

“It was a very worthwhile trip,” said Dave Mandeville. The couple said they quickly adapted to the assorted health measures inside the two-house complex where Motown’s musical empire took root.

The museum provided a snapshot of the way cultural sites across the region are adapting to the pandemic: reduced capacities, social distancing, revised foot-traffic patterns and masks, masks, masks.

At the Motown Museum, entry starts with a questionnaire, accessible on mobile devices via a digital code on placards out front. After confirming you’ve not had recent unprotected contact with someone with COVID-19 and are personally free of symptoms, it’s on to a touchless temperature check, administered by a staffer on the Hitsville porch.

If all’s well, you get the mark of approval: a sticker that reads “Signed Sealed Delivered I’m Good,” in a nod to the 1970 Stevie Wonder hit.

Inside, floors are prolifically marked with social-distancing decals shaped like old Motown 45s and the message “Stop in the Name of Love — Stay 6 Ft Apart.” Hand sanitizing stations are positioned throughout, and groups are limited to 10 at once, about one-third the traditional size.

A docent kicks things off by reminding guests of the various new protocols while rehearsing them through the distancing routine — instructions that are frequently reiterated during the guided tour that takes you through the frozen-in-time array of Motown offices, Gordy family living quarters and the revered Studio A.

The tour largely unfolds as it did pre-March — minus an introductory film that recaps Motown history. The tight theater space isn’t suited to the realities of the moment, but Terry said she hopes to soon integrate bits of the video into other exhibit areas.

The museum wasn’t just disinfected leading into Wednesday: The downtime was also used to thoroughly spiff up the space, and there’s a new sparkle to the various rooms.

Upstairs is the new exhibit, where Hendin’s album covers and behind-the-scenes shots are displayed: the Temptations’ “Solid Rock,” Wonder’s “My Cherie Amour,” Edwin Starr’s “War & Peace” and others. There’s a special emphasis on Marvin Gaye’s groundbreaking “What’s Going On” album and its iconic cover — along with Hendin’s vintage Folmer camera and its high-quality 5-inch-by-7-inch negative plate.

The gallery captures the transformation of the record industry amid the social change of the late ’60s and early ’70s, a time when Motown’s artists went “from tailored suits and processed hair to Afros and jumpsuits,” as pointed out by tour guide Jamia Henry, 19, of Southfield.

The Motown Museum will be open 10 a.m. to 6 p.m. Wednesdays through Sundays. Tickets can be purchased on site, although guests are being encouraged to purchase admission online at motownmuseum.org.

How to watch Premier League fixture online and on TV today

Thu Jul 16 , 2020
Southampton play Brighton on Thursday in what should be a very watchable game in the Premier League. Both teams enjoy being in possession, prefer to attack and will press aggressively in the right situations, which could make for an open, flowing encounter. Saints have been rewarded for their excellent return […] 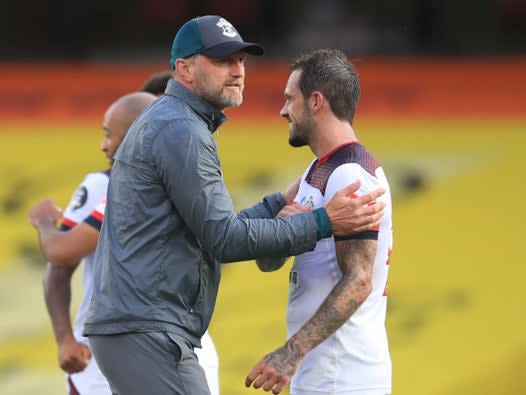