Cancel culture has come to medicine. Dr. Scott Atlas, who was chairman of neuroradiology at Stanford’s medical school until 2012 and more recently a senior fellow at the university’s Hoover Institution, has been singled out for professional erasure by 98 of his former Stanford medical, epidemiological, and health-policy colleagues because he had the temerity to join President Trump’s coronavirus task force and advocate rational measures for safely reopening the economy. Their criticisms are unfair, yet typical of today’s political and academic climate.

Atlas’s one-time colleagues published an open letter to other medical-school faculty accusing him of “falsehoods and misrepresentations of science” that “run counter to established science.” The letter — written on Stanford Medicine letterhead that falsely suggests the imprimatur of the medical school — does not cite any publications or specific statements by Dr. Atlas and does not specify exactly what “falsehoods and misrepresentations of science” he allegedly made. But it insinuates that his “failure to follow the science — or deliberately misrepresenting the science — will lead to immense avoidable harm.”

The letter lists five statements supported by “the preponderance of data” and implies that Atlas disagrees with them. The first says that face masks, social distancing, and handwashing reduce the spread of Covid-19. The authors do not cite anywhere where Atlas made claims to the contrary. A recent New York Times article claiming Atlas doubts the efficacy of mask wearing miscites an interview with Fox’s Tucker Carlson in which Atlas actually said people need not wear masks when they are alone but should wear masks when around others and unable to socially distance.

The second statement says asymptomatic people can transmit the coronavirus causing Covid-19 and therefore, asymptomatic persons exposed to Covid-19 should be tested. Again, the letter writers do not cite any divergent statements by Atlas. The same New York Times article that mischaracterized his views on masks, cites another Times piece to claim that the CDC changed its guidance on this issue so that exposed asymptomatic people would not be tested because of Atlas. But that second article specifically says there were “conflicting reports on who was responsible” for the change in policy and never suggests it was solely Atlas. In fact, the article reports that Dr. Giroir, the coronavirus testing czar, stated that all the task-force doctors signed off on the new recommendations which were made with input from the CDC director.

The letter’s final three statements tie into a narrative that Atlas is proposing exposing young people to the virus in order to promote herd immunity. The letter writers state that while the infection is less serious in children than adults, Covid-19 can still cause serious consequences in the young and that while herd immunity will end the pandemic when a large portion of the population has developed immunity, it can only be safely reached by vaccinations, not through “unchecked community transmission.” Some of the letter writers made their charge explicit in an L.A. Times op-ed the following day, claiming that Atlas “has promoted infecting people he deems at low risk for poor outcomes . . . in order to achieve ‘herd immunity.’”

Atlas has forcefully and repeatedly denied that he proposed “unchecked community transmission” to encourage herd immunity, and the letter writers do not provide any evidence that he did. Atlas did write and testify that total isolation of the entire population is unnecessary and counterproductive; that most people — especially those under age 50 and in good health without underlying medical problems — have little or no risk of severe disease or dying from Covid-19; and that if they become infected, recover, and form antibodies they could help end the pandemic by interfering with infection of the most vulnerable people on whom we should be focusing our protective efforts (the elderly and those with underlying medical conditions). That is quite different from advocating that the young be infected.

And Atlas is not wrong regarding the risks in different age groups. As of late August, 92 percent of Covid-19 deaths were among people 55 and older, and there were only 360 Covid-19 deaths nationwide in people 24 and younger as compared with more than 175,000 deaths overall. Nearly all the deaths were in people with multiple medical conditions. Covid-19 hospitalization rates per 100,000 population in the 0-17 age group were just 7 percent the rate for the population as a whole and 2 percent of rate for people 65 and older. The side effects of a total lockdown that includes the young and healthy — interrupted education and social development resulting in long-term psychological problems and decreased life-time earnings and increased social isolation and alcohol and drug abuse with concomitant increases in opioid overdoses and suicides — far outweigh the decreases in Covid-19 morbidity and mortality.

The letter writers’ unwillingness to consider the economic, social, and psychological impact of measures taken to limit the spread of Covid-19 is disturbing. An indefinite, total lockdown would stop viral spread but would destroy the economy, hurting those who are least able to bear job loss and social breakdown the most.

But it is the letter writers’ unwillingness to brook different points of view that is most troubling. The academy is supposed to encourage and tolerate vigorous debate, not end it with mob condemnation. Experts can and do disagree in good faith over the next steps to be taken to handle Covid-19. Disagreement in good faith ought to be accompanied by full and open discussion, but that is not what the Stanford letter is trying to achieve.

Tue Oct 13 , 2020
COLLINGSWOOD, N.J. (WPVI) — “I think, sometimes, they don’t get as much credit as they deserve,” said Daniel Minko, surrounded by his personal favorite athletes. They’re not the typical stars you may see on the big screen. Instead, they are a group of teens with special needs. “Even before COVID, […] 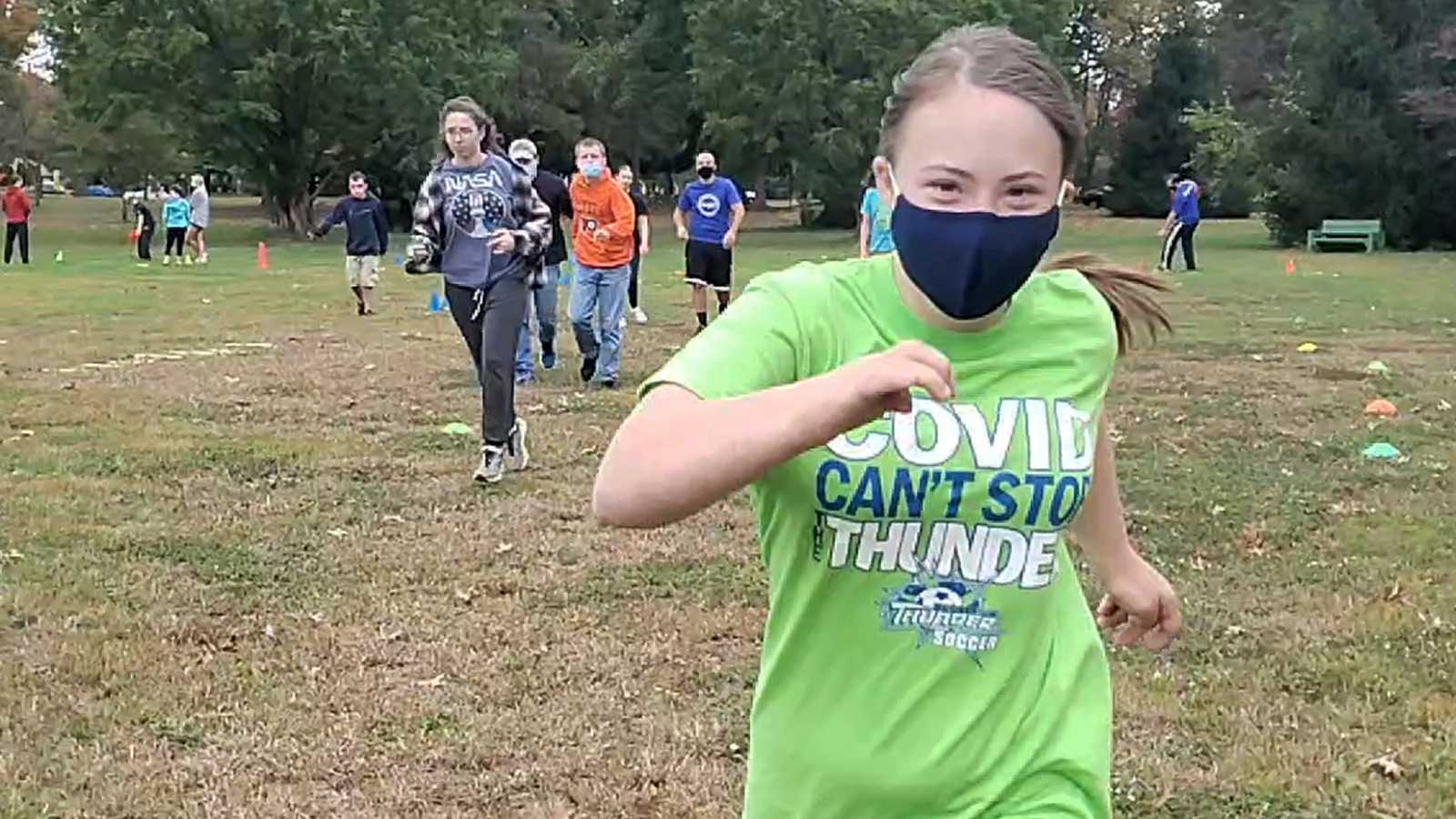