In this Feb. 1, 2018 photo, Microsoft co-founder Bill Gates, with his wife Melinda, poses for a photo before an interview with The Associated Press in Kirkland, Wash.

In this Feb. 1, 2018 photo, Microsoft co-founder Bill Gates, with his wife Melinda, poses for a photo before an interview with The Associated Press in Kirkland, Wash.

Bill Gates used to think of the U.S. Food and Drug Administration as the world’s premier public-health authority.

And he doesn’t trust the Centers for Disease Control and Protection either. Both, in his view, are casualties of a presidency that has downplayed or dismissed science and medicine in the pursuit of political gain. One recent example came when FDA Commissioner Stephen Hahn, speaking at one of President Donald Trump’s news conferences, exaggerated the benefit of blood plasma as a treatment for Covid-19, then backtracked the following day.

“We saw with the completely bungled plasma statements that when you start pressuring people to say optimistic things, they go completely off the rails. The FDA lost a lot of credibility there,” Gates, the billionaire philanthropist, said in an interview on Bloomberg Television.

“Historically, just like the CDC was viewed as the best in the world, the FDA had that same reputation as a top-notch regulator,” Gates said. “But there’s been some cracks with some of the things they’ve said at the commissioner level.”

At stake is nothing less than public confidence in the vaccine that could end the coronavirus pandemic, and which the FDA would have to approve. Polls conducted in the past two months show a majority of Americans worry development of the vaccine is being rushed and a third wouldn’t get inoculated.

In the meantime, Trump has made no secret of his hope that a vaccine will be ready before the Nov. 3 election. Last week, he hinted that one could be approved next month, also saying it would be “safe and effective.”

Like the rest of the country, Gates, who is 64, is now in the unfamiliar position of having to put his faith in the companies working on Covid-19 treatments and vaccines, not the agency that regulates them.

Nine of those companies on Sept. 8 pledged to put science and ethics first, prioritizing safety over speed in the development of any vaccine they submit for emergency approval. The FDA has since said drugmakers have to meet a higher standard than normal for such authorization.

“These companies are very professional and the benefits of the vaccine here are very dramatic,” Gates said. “Thank goodness that we have this private-sector expertise that we want to shape into a global public good that gets to everybody on the planet.”

While acknowledging that side effects are always possible, Gates said he expects a safe vaccine to come out of the development effort.

Since stepping down as Microsoft Corp. chief executive officer in 2000, Gates has dedicated himself and his $120 billion fortune to improving lives for the world’s poor people. This year’s Goalkeepers Report by the Bill & Melinda Gates Foundation documents the impact of Covid-19 on areas such as education, nutrition, housing and health care. It found vaccination levels for all diseases globally have dropped to the lowest in 25 years because of pandemic lockdowns and economic destabilization.

While Gates applauds the billions of dollars that the Trump administration has invested to secure U.S. vaccine supplies under Operation Warp Speed, he’s frustrated by the lack of government funding for manufacturing and procurement in the developing world.

By spending an additional $8 billion to $10 billion on global vaccinations, he said, the U.S. would save “trillions” in lost economic output, not to mention lives and livelihoods. And it would help prevent the virus from re-emerging in wave after wave of infection.

“The inequity of this — whether it’s between citizens in the country, blue collar versus white collar, blacks experiencing a higher sickness rate than others — poor countries can’t borrow money and spend money like the U.S. and other rich countries have,” Gates said. “Almost every dimension of inequity has been accentuated here.”

To his own dismay, Gates has become a polarizing figure in the pandemic era, as conspiracy theorists aligned with Trump found common ground in the U.S. anti-vaccine movement. Some have accused him of creating and spreading Covid-19.

In the interview, Gates rejected that notion as “crazy” and suggested social media companies are to blame for allowing such “falsehoods” to spread unchecked.

Wed Sep 16 , 2020
Northwell Health on Tuesday said it is renaming Southside Hospital in Bay Shore. The new name, South Shore University Hospital, better reflects that the facility is a teaching hospital, said Northwell, which operates the hospital. The new name will be pushed through an advertising and marketing campaign beginning in early […] 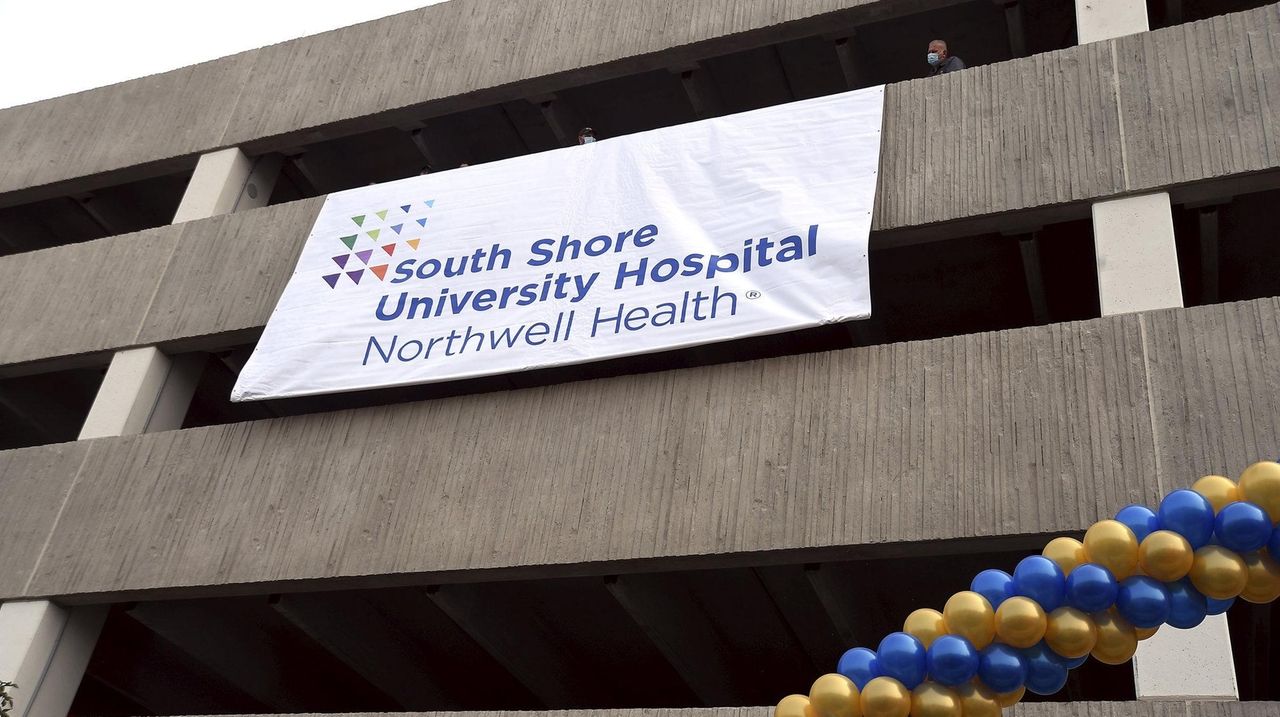