Justin Fields has resorted to creating an internet petition to advocate to play football this fall.

The Ohio State quarterback created a petition on MoveOn.org directed to Big Ten commissioner Kevin Warren and school presidents and athletic directors in the conference under the #WeWantToPlay hashtag. The Big Ten was the first Power Five conference to postpone football to the spring of 2021 when it made the abrupt decision on Tuesday.

“We, the football players of the Big Ten, together with the fans and supporters of college football, request that the Big Ten Conference immediately reinstate the 2020 football season,” Fields’ petition states. “Allow Big Ten players/teams to make their own choice as to whether they wish to play or opt out this fall season. Allow Big Ten players/teams who choose to opt out of playing a fall season to do so without penalty or repercussion.

“Why is this important?

“We want to play. We believe that safety protocols have been established and can be maintained to mitigate concerns of exposure to Covid 19. We believe that we should have the right to make decisions about what is best for our health and our future. Don’t let our hard work and sacrifice be in vain. #LetUsPlay!”

Fields’ petition comes after the Ohio State football parents group wrote an open letter to Warren and the Big Ten. That letter was tweeted by Fields’ father on Saturday. Penn State parents and Iowa parents have also written letters to the Big Ten.

The petition was released just after 11 a.m. ET on Sunday. It had more than 50,000 signatures within 12 hours. Though it’s worth noting that the Big Ten will likely not take the signature count on Fields’ petition into account if it reassesses its postponement.

The conference said it made its decision to postpone football to the spring because of the health uncertainties surrounding the virus. Doctors and scientists know very little about the long-term health effects of COVID-19 because it’s so new. Multiple Big Ten athletes have reportedly been diagnosed with myocarditis, an inflammation of the heart muscle. Myocarditis, which can cause cardiac arrest if untreated, can be linked with viral infections, and those with it are instructed not to exercise for a period of months until the inflammation dissipates.

If the Big Ten goes forward with a spring season, it’s an open question if Fields would be a participant. As a likely top-three pick in the 2021 NFL draft, Fields would seemingly have little incentive to play in the spring so close to a scheduled draft and 2021 NFL season.

Playing in the fall may be his only realistic opportunity to play another year in an Ohio State uniform. And consider how much chaos the college football world is currently in that one of the best players is resorting to making an online petition to get his voice heard.

The Big Ten released its conference-only schedule on Aug. 5, seemingly paving the way for a fall football season to begin sometime in September. The conference quickly moved away from those plans in the next week and seriously started looking at pushing all fall sports to the spring of 2021. As rumors swirled that the Big Ten was looking at postponing football and other sports, coaches and players across the conference expressed their desires to play the season this year while touting their coronavirus protocols.

Fields’ coach, Ryan Day, was among those who pushed to have football in the fall before the Big Ten made things official. Michigan coach Jim Harbaugh even released a statement touting how few people within his program had tested positive for the coronavirus and talked about how well Michigan’s football team had implemented its policies and procedures.

The We Want to Play movement took off late on Aug. 9 as Fields, Clemson QB Trevor Lawrence and other players joined a video call to try to save the season as scheduled ahead of the Big Ten’s announcement.

After the Big Ten postponed its fall seasons, the Pac-12 made the same decision while the ACC, Big 12 and SEC are tentatively trying fall seasons. While Warren and the Big Ten talked in generalities when announcing its postponements, the Pac-12 released the medical assessment that it consulted before making the decision. Had the Big Ten released its medical assessment when it made its decision last week, it’s fair to wonder just what the public pushback would currently be. 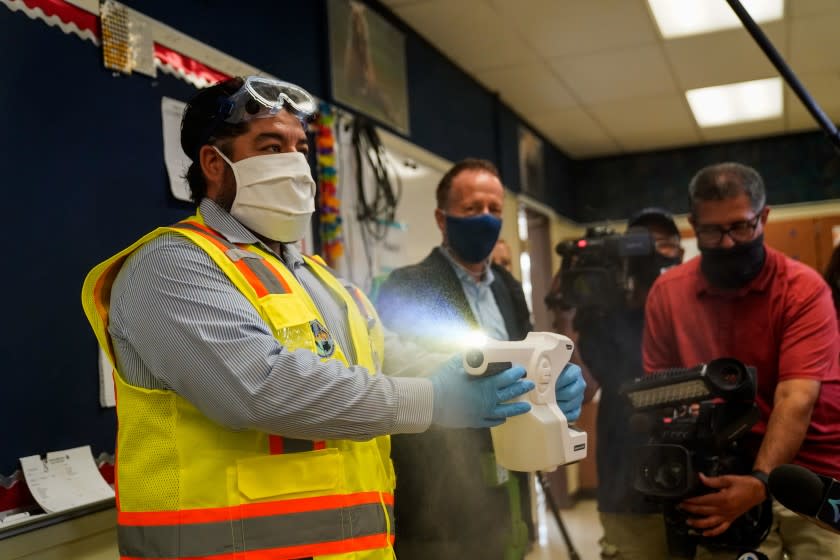