As the U.S. reached another bleak milestone on Sunday, a glimmer of hope from New York: The Empire State reported its lowest positivity rate since the beginning of the coronavirus pandemic.

New York, for weeks the epicenter of the U.S. outbreak, reported the rate — the average number of positive results for every 100 tests — hit a record low 0.78% on Saturday. That figure once reached nearly 47% in early April, although testing was much more limited at the time. The rate had been around 1% since early June.

Meanwhile, the U.S. hit 5 million confirmed cases of COVID-19, just 17 days after reaching 4 million cases — but experts agree the number of cases is actually much greater – potentially 10 times higher than what’s been reported, according to federal data.

The U.S. remains the most infected country, with about 25% of the worldwide cases.

📰 What we’re reading: Without a national plan on how to best allocate hundreds of thousands of COVID-19 tests each day, there’s not enough capacity now to screen Americans who might unwittingly pass the virus to others.

Officials at the Wuhan Institute of Virology shot down the claim that the new coronavirus originated at their lab before eventually spreading around the world as NBC News provided an inside look at the facility.

In the first report by a foreign news organization from inside the lab, NBC News met with scientists at the virology institute who said they have been unfairly scapegoated as they continue to research the origins of the virus.

“Any person would inevitably feel very angry or misunderstood being subject to unwarranted or malicious accusations while carrying out research and related work in the fight against the virus,” Wang Yanyi, director of the Wuhan Institute of Virology, told NBC News.

President Donald Trump and other administration officials have claimed without evidence that the virus originated in the Wuhan facility. The lab is equipped to study coronaviruses and other dangerous diseases. Yuan Zhiming, vice director of the institute, told NBC News that it first received samples of the virus on Dec. 30, but the news outlet could not verify the claim.

Fitted N95 masks are the most effective at filtering respiratory droplets from the mask’s wearer while neck fleeces offer little protection compared to others, a team of Duke University researchers found.

Using 14 commonly available masks as well as a professional fit-tested N95 and a patch of mask material, the researchers set up an experiment using a laser light and camera to show how many respiratory droplets are emitted when a person wearing each kind of mask speaks for 10 seconds.

Each mask was tested 10 times, and the results show that in addition to fitted N95 masks, surgical and cotton masks are also most effective at filtering droplets. Knitted masks and bandannas, similar to neck fleeces, offered little protection.

College football leaders coming to grips with risks amid pandemic

After the Mid-American Conference canceled its football season, college football finds itself in a confusing place. In conversations with more than a dozen college sports officials over the weekend, the witching hour has brought to campuses and college presidents a more clear-eyed reality about what they don’t know related to COVID-19 and the potential liabilities surrounding a virus whose long-term impact on the body is unclear.

The problem is, nobody wants to be the one to say what the majority of college athletics now instinctively knows: Rushing to play football right now just isn’t a very good idea.

ESPN reported that the Power 5 conferences held an emergency meeting Sunday. While no decision was made, Big Ten presidents were ready to postpone their seasons and wanted to gauge whether top officials at schools in the other conferences would do the same, ESPN reported.

“The overriding piece of this is it’s just not clearing up like we all hoped,” said one athletics director, who spoke to USA TODAY Sports on the condition of anonymity. “This is just too difficult for us to really believe that it’s right for us to go forward at the moment. It feels like we’re heading for a pause.”

As three states set records for new cases in a week and three others had a record number of deaths, Americans are still searching for domestic vacation destinations that include places where COVID-19 case counts are rising, USA TODAY analyses show.

According to a USA TODAY analysis of Johns Hopkins data through late Sunday, new case records were set in Hawaii, Indiana and North Dakota while record numbers of deaths were reported in Arkansas, Nevada and West Virginia, and also Puerto Rico.

Yet an analysis of data from Trivago, a platform for searching and booking hotels, shows Americans’ intention to travel is beginning to tick up again.

Trivago measures hotel search volume, which reflects travel requests and booking queries based on users’ link clicks. Last month’s volume was off 73% from the same time in 2019. And while it’s been up and down for months, Florida remained the country’s most-searched domestic travel destination, followed by California and Nevada.

At least 97,000 children in the United States tested positive for the coronavirus in the last two weeks of July alone, according to a new report from the American Academy of Pediatrics and the Children’s Hospital Association.

All told, more than 338,000 children have been infected since the pandemic began, according to data from the report, which relied on data from 49 states along with Washington, D.C., Puerto Rico and Guam.

States on hook for billions under Trump’s unemployment plan

announced an executive order Saturday that extends additional unemployment payments of up to $400 a week. Congress had approved payments of $600 a week at the outset of the coronavirus outbreak, but those benefits expired Aug. 1 and Congress has been unable to agree on an extension.

Asked at a news conference how many governors had signed on to participate, Trump answered: “If they don’t, they don’t. That’s up to them.”

Trump expressed a different view on Sunday night, following a day of state officials questioning how they could afford even $100 per person in additional weekly payments. He told reporters as he returned to Washington that states could make application to have the federal government provide all or part of the $400 payments. Decisions would be made state by state, he said.

When the coronavirus pandemic shut down the U.S. economy in March, she scrambled to pack up her belongings, lost her part-time job and had her study abroad plans upended. And with just weeks to go before the fall semester begins, she’s worried about how she’ll pay the remaining balance of her tuition and fees – roughly $9,000 – since her financial aid won’t cover it at the private school.

“It’s heartbreaking. I’m a low-income student. I can’t afford tuition,” says Goddard, who created a GoFundMe page to raise money since her mother doesn’t have the means to take out another Parent PLUS Loan, a federal student loan available to parents of dependent undergraduate students.

Millions of students across the country, like Goddard, face financial strains and health fears as they decide whether to return to colleges and universities this fall.

New York took another major step in its recovery Sunday when the state reported its lowest positivity rate since the beginning of the COVID-19 pandemic.

Gov. Andrew Cuomo said the rate — the average number of positive results for every 100 tests — hit a record low 0.78% on Saturday. Both the state and New York City have been at some version of the final stage of reopening for at least 20 days, and Cuomo said the current number of ICU patients — 131 — was the state’s lowest since March 16.

The St. Louis Cardinals, who have played a major league-low five games because of a coronavirus outbreak in their ranks, won’t get back on the field until at least Thursday.

MLB has postponed their three-game series against the Pittsburgh Pirates, which was supposed to start Monday, meaning the Cardinals will go at least 15 days between games and will have just 46 days to play the remaining 55 games on the schedule.

The Cardinals have had at least nine players and seven staff members test positive for COVID-19, and manager Mike Shildt said that has led to a “few visits to the ER.” St. Louis has had 15 games suspended.

New Zealand marked 100 days with a local transmission of COVID-19 on Sunday, the country’s Ministry of Health said.

“Achieving 100 days without community transmission is a significant milestone, however, as we all know, we can’t afford to be complacent,” Director-General of Health Dr Ashley Bloomfield said.

“We have seen overseas how quickly the virus can re-emerge and spread in places where it was previously under control, and we need to be prepared to quickly stamp out any future cases in New Zealand,” he said.

There are still 23 active cases of COVID-19 in managed isolation facilities, the Ministry’s news release said.

Last week, President Donald Trump once again said the U.S. has the virus “under control,” describing his administration’s response to the pandemic as “incredible” in an interview with Axios aired Aug. 3 on HBO. This despite an average daily death toll hovering around 1,000, with almost 60,000 new cases being reported daily. Alabama has just hit 100,000 cases. South Carolina is 540 shy and Virgina is 811 short. Texas is about closing in on 500,000.

Trump’s recurring theme has been to blame the high number of cases in the U.S. on the high rate of testing. Ominous hospitalization and death rates, however, are not a function of testing.

Several students and staff members at Atlanta-area schools that drew attention for crowding and scarce use of masks have tested positive for the coronavirus after the first week of classes, and now one of those schools is going online.

North Paudling High School west of Atlanta will switch to digital learning at least for Monday and Tuesday as its facilities are sanitized after nine students and staff members tested positive for the virus the first week of in-person classes. North Paulding had made headlines soon after students returned to school Aug. 3 when photos posted on social media showed hallways crowded with students, many of them not wearing masks.

And after only one week of school, more than 250 students and teachers from one Georgia school district will be asked to quarantine for two weeks after several teachers and students tested positive for COVID-19, according to the Cherokee County School District’s website.

On Facebook: There’s still a lot unknown about the coronavirus. But what we do know, we’re sharing with you. Join our Facebook group, Coronavirus Watch, to receive daily updates in your feed and chat with others in the community about COVID-19.

Mon Aug 10 , 2020
From smart machines with accompanying apps to basic bikes for a simple cycle workout, we’ve reviewed something for every budget: Working Title/Allstar Going nowhere fast has never been so much fun with the current line up of indoor cycles, which seek to emulate the intensity of your favourite, sweat-drenched, exercise […] 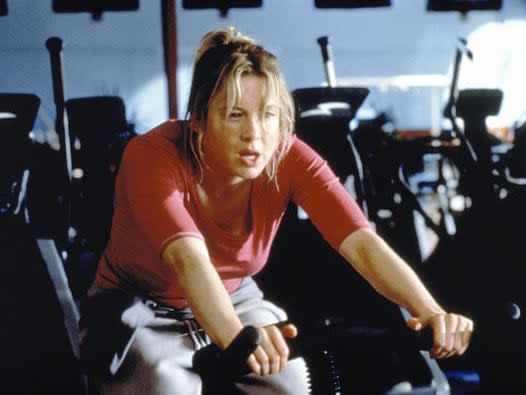