Identified cases rose to 224,084 and known deaths are at 5,746, according to the daily report from the Arizona Department of Health Services.

The number of patients hospitalized statewide for known or suspected COVID-19 was at 706 on Thursday, down from 728 on Wednesday, which was the most inpatients since Sept. 3. Inpatient numbers look to be plateauing and possibly increasing, but more time is needed to determine a trend. At the peak of Arizona’s surge in July, the number of hospitalized patients suspected or confirmed to have the virus exceeded 3,000.

The number of patients with suspected or known COVID-19 in intensive care units across Arizona was at 155 Thursday. The number has hovered between 114 and 156 since Sept. 14. The level is far below what it was in July, when ICU beds in use for COVID-19 reached 970.

ADHS has begun including probable cases as anyone with a positive antigen test, another type of test to determine current infection. Antigen tests (not related to antibody tests) are a newer type of COVID-19 diagnostic test that use a nasal swab or another fluid sample to test for current infection. Results are typically produced within 15 minutes.

The number of weekly tests conducted dropped significantly in July and into August, after which it has remained flatter with some fluctuation.

Of known test results from the past five weeks, 4% have come back positive, according to the state, which has a unique way of calculating percent positivity.

Johns Hopkins University calculates Arizona’s seven-day moving average of percent positives at 7% and shows it has reached a relative plateau.

A positivity rate of 5% is considered a good benchmark that the spread of the disease is under control.

Here’s what you need to know about Friday’s new numbers:

The Arizona Department of Corrections said 2,599 inmates had tested positive for COVID-19 as of Thursday, including 985 in Tucson; 40,290 inmates statewide have been tested; and one total test result is pending in the state prison system. A total of 712 prison staff members have self-reported testing positive, the state corrections department said. Seventeen incarcerated people in Arizona have been confirmed to have died of COVID-19, with 11 additional deaths under investigation.

While race/ethnicity is unknown for 30% of cases statewide, 31% of cases are Hispanic or Latino, 26% are white, 6% are Native American, 3% are Black and 1% are Asian/Pacific Islander.

Laboratories have completed 1,543,445 diagnostic tests for COVID-19, 10.8% of which have come back positive. That number now includes both PCR and antigen testing. The percentage of positive tests had increased since mid-May but began decreasing in July and for the past five weeks has been at 4%. The state numbers leave out data from labs that do not report electronically.

Arizona as of Thursday had one of the highest overall rates of COVID-19 infection in the country — sixth behind Louisiana, Mississippi, Florida, North Dakota and Alabama. Arizona’s infection rate is 3,103 cases per 100,000 people, the CDC says. The national average is 2,275 cases per 100,000 people, though the rates in states hard-hit early on in the pandemic may be an undercount due to a lack of available testing in March and April.

While race/ethnicity is unknown for 11% of deaths, 42% of those who died were white, 30% were Hispanic or Latino, 11% were Native American, 3% were Black and 1% were Asian/Pacific Islander, the state data show.

The COVID-19 death rate in Arizona was 79 per 100,000 people as of Thursday, according to the CDC, putting it 10th in the country in a state ranking that separates New York City and New York state. The U.S. average is 64 deaths per 100,000 people, the CDC says.

Behind New York City, at 284 deaths per 100,000 people, the CDC placed the highest death rates ahead of Arizona as New Jersey, Massachusetts, Connecticut, Louisiana, Rhode Island, Mississippi, the District of Columbia and New York state.

What to know about your next visit to the dentist

Mon Oct 12 , 2020
Going to the dentist during the pandemic is going to be different, so here’s what to expect. TAMPA, Fla — Health officials are advising people not to ignore their normal health checkups during the pandemic, and that includes dental appointments.  Dr. Christopher Bulnes, a practicing Florida Dental Association member in […] 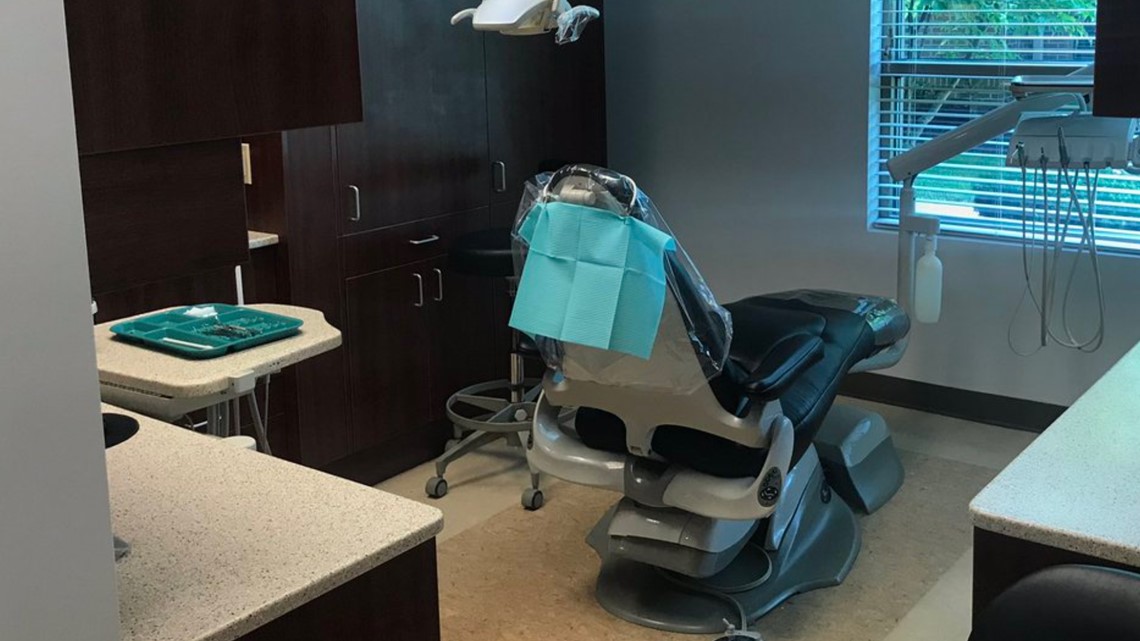